Videl (ビーデル Bīderu) is the daughter of Mr. Satan and Miguel. She is Gohan’s wife and the mother of Pan.

Initially, Videl is a tough, tomboyish character, raised with fame all around her. She’s feisty and stubborn, much like Chi-Chi. Videl is quite perceptive as she had doubts about her father’s claims of defeating Cell and correctly deduced that Gohan was both the mysterious “Golden Fighter” and Great Saiyaman, as well as ultimately coming to suspect that Gohan was the boy who fought Cell Games. She was also crafty enough to get Gohan to accidentally reveal he was Great Saiyaman, which she uses to blackmail him. She is also a competitive fighter as she blackmailed Gohan in order to get him to enter the tournament as she wanted to fight him after seeing his abilities and deduced he was the son of the 23rd World Martial Arts Tournament champion due to sharing the same surname, though she also demanded he teaches her how to fly to ensure it would be a fair fight, which also shows she was not fooled by her father’s claims that such techniques were simple tricks. After blackmailing Gohan to enter the tournament and teach her the flight technique (using ki energy to fly), she gradually starts to fall in love with him, for his kind and honest heart. Despite her and Chi-Chi’s similar personalities, she did not get along with Gohan’s mother at first, which was made worse by Chi-Chi’s assumption that Videl and Gohan were dating, to both her and Gohan’s embarrassment and denial, though after spending time with him she started to take a liking to him and his family. When Gohan suggests she cut her hair short, Videl blushes a bit, thinking Gohan prefers girls with short hair, but Gohan obliviously states that it’s for practical reasons, since short hair would be better in a fight, she screams that her hair is her business and flies off, though she ultimately decides to follow his sound advice, much to Gohan’s utter confusion. Due to being unaware of Goku’s death, she mistakenly assumed that his father was estranged from his family until Gohan explained the fact that his father was dead and had returned to life for the tournament, which ironically was the result of her convincing Gohan to enter. Videl herself was understandably shocked by this and various other odd occurrences during the tournament, though she eventually became used to these things over the course of the Majin Buu conflict. She later becomes the wife of Gohan and mother of Pan.

I can’t go out like this… I’m the daughter of Mr. Satan!” 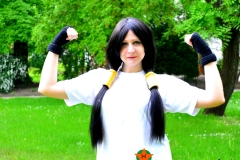 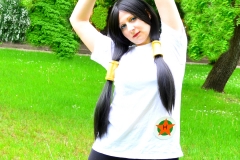 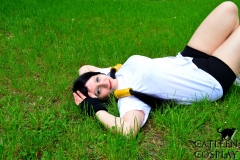 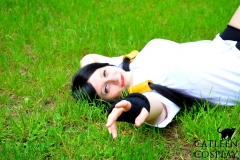 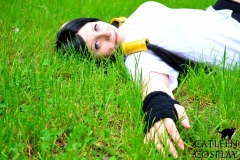 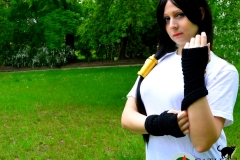 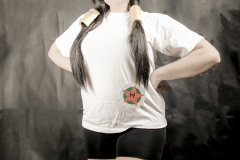 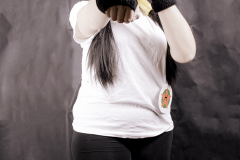 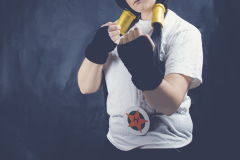 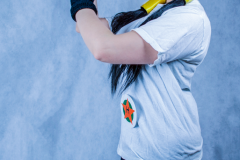 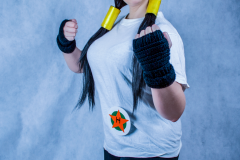 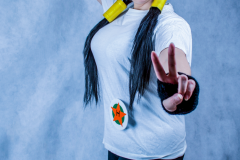 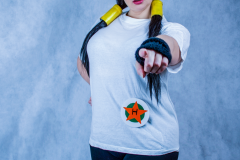