Death is Dream’s elder sister and the second oldest of the Endless. She loves her job and takes it very seriously. Death, by her own admission, was not always who she now is.  At the beginning of time, she thought she had the hardest job among the Endless, and it made her quite sad – so sad, in fact, she stopped doing it.  When nothing died, chaos reigned, and she was begged to return to her realm.  She did so, but she became “hard and cold and brittle inside.” A suggestion of this could be seen in Endless Nights: The Heart of a Star in her arrogant and icy attitude. Her demeanor didn’t change until she was asked by one she collected; “How would you like it?” After that, she resolved to live for one day to see how she liked it, and what she could learn. It was only after her taste of mortality that she altered the way she thought about her job. She decided that in the end, most would be glad for the company of a friend, and that was what she tried to become. Death’s persona is now friendly, optimistic, and caring.

She has taken the role of the maternal sister among her siblings. She can be frequently seen throughout The Sandman series, serving as Dream’s confidante, giving advice, and pointing out his faults or getting angry at the twin’s Despair and Desire for their “games”, which often interfere with the other Endless’ affairs. She is closer to Dream than any other member of the family, and he sought her advice on several occasions. 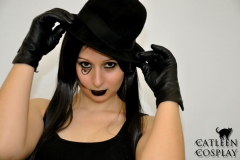 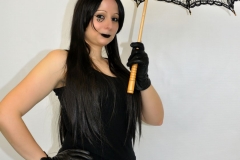