Elektra Natchios is a Marvel comics character, created by Frank Miller, appearing during the writer’s highly acclaimed Daredevil run. Daredevil in the 1980s under the direction of Frank Miller had taken a far darker route to the portrayal of its characters. Instead of the traditional romantic nature of most characters, Daredevil’s love life was fraught with disaster, and Elektra was a major part of that. Her first full appearance was in Daredevil #168 released in 1981, although her first cover appearance was four months earlier in The Comics Journal #58 (September 1980).

Elektra’s origin is often not very well defined depending on the needs of the storyline. However, there are numerous facts that remain constant about her. She comes from a privileged life from a wealthy Greek family (this is occasionally depicted as a Cypriot family). Her father was a powerful man known as Hugo Natchios and his wife was Christina Natchios. Her mother died shortly after giving birth to her, but the nature of her death has changed in different incarnations. At the age of 20, Elektra was held hostage by a group of terrorists alongside her diplomat father.

In the ensuing chaos of the standoff, Hugo is killed. Generally speaking, this is also one of the first times that Matt Murdock acted in the capacity of a superhero as he first dons a mask to attempt to save them (though this is not in every version.) At the time Matt was also romantically involved with Elektra. Elektra reacts to the death of her father by seeking revenge, dropping out of university, and traveling to China to study martial arts.

She joins the martial arts organization known as the Chaste and she receives training from Stick, but she is eventually corrupted by her own impulses and instead joins the Hand, a group of ninja-like assassins. Eventually, she too breaks free of their control and becomes an assassin in her own right.

I was bored. I do things like this when I’m bored.” 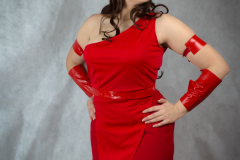 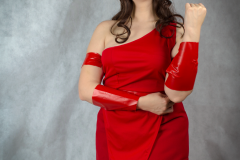 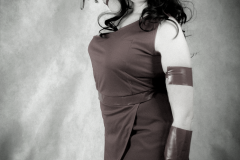