Harleen Quinzel was born in Canarsie, Brooklyn, New York, the oldest of four children and the only girl. Her interest in criminal psychology grew early in her childhood and blossomed when she met a boy named Bernie Bash, who turned out to be troubled enough to commit murder as a way to prove his love for her. Despite his crime, Harley later broke into his house and stole a stuffed beaver from his father’s taxidermy shop as a memento of their relationship that she would keep with her into adulthood.

She was an Honor Student and a Gymnast. She attended Gotham University and initially went to college for Veterinary and Biological Science, but for some unknown reason, she left that field to pursue Psychiatry. She excelled in her field, eventually earning a place as a psychiatrist at a prominent hospital, but her interest in criminal psychology led her to transfer to Gotham City’s famed Arkham Asylum. Soon discovering that the other doctors could not penetrate the minds of their patients, Harleen went undercover as a patient herself. The Joker – whom she had thought was misdiagnosed by his previous doctors – saw through her disguise, and opened up to her. Her confidence and savvy in the face of the Joker’s madness impressed him. On their tenth session, he revealed to her that he knew about the fact that her father had been killed by a drunk driver who had had the connections required to get off without any punishment. As a gift to her, he presented her with the driver’s finger as proof that the man had been brought to justice. He then promised that he could teach her how to become as powerful as he had, by failing to care about life’s rules.

Unfortunately, Harleen’s supervisor, Dr. Sterano, discovered her crush on the Joker after stealing her psychiatric notes with the intention of publishing them as her own. In a rage, Harleen tried to kill Sterano, but was interrupted by the guards. Rather than surrender, she killed a guard and broke the Joker out of his cell. That night, the Joker took her to the Ace Chemical Processing Plant where his persona had been born, and promised that this would be her birthday. Realizing his intention, she had struggled, but he shoved her into one of the chemical vats and watched her sink to the bottom. Afterward, he drained it and found her inside, alive, but changed. She had lost touch with reality, which meant that she could do whatever she liked. He dubbed her Harley Quinn, and the two of them were together – until he tired of her.

Freed of the constraints and strict regiment of her former life, Harley chose a uniform for herself, forming a mosaic of all of the people she was or wanted to be. Any guilt for the crimes she committed as Harley Quinn was repressed along with Harleen Quinzel.

You can’t deny there’s an element of glamour to these super-criminals!” 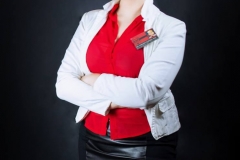 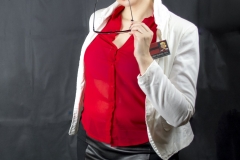 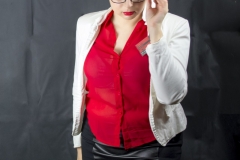 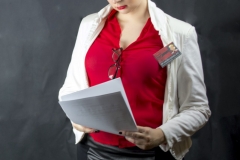 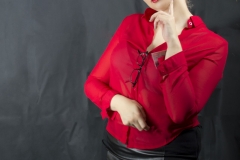 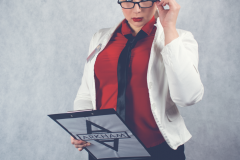 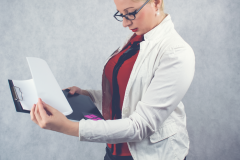 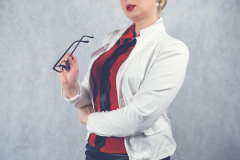 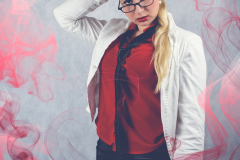 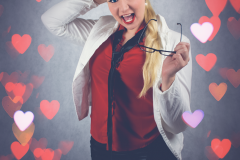