Talia was the daughter of Melisande and Ra’s al Ghul, leader of a secret worldwide organization. Unfortunately, Talia witnessed the murder of her mother at an early age, at the hands of a man called Quinlan, who Ra’s had raised as his own son.

Like this, Talia was raised by Ra’s and she traveled the world with him, learning from his intellect and skills. She excelled in managing his criminal and legitimate operations, and she was eventually appointed as Ghul’s primary heir. Talia first met Batman when he rescued her from Dr. Darkk, the current president of the League of Assassins. It was then that Batman learned that Talia was the daughter of Ra’s and that he and Darrk have had a falling out in business. Darrk turned against Ra’s and tried to eliminate Talia in revenge, but Batman foiled Darrk’s plan and when he was being taken back to the authorities, Talia shot and killed Darkk to save Batman’s life. 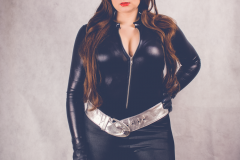 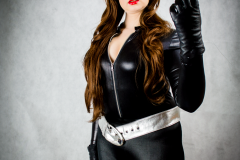 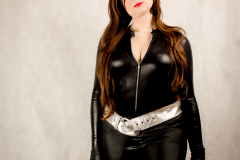 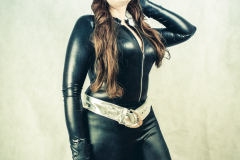 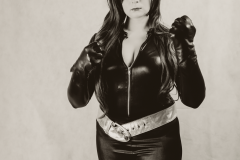