Poison Ivy‘s real name is Pamela Lillian Isley, a Gotham City botanist obsessed with plants, ecological extinction, and environmentalism. One of the world’s most notorious eco-terrorists, she uses plant toxins and mind-controlling pheromones for her criminal activities, which are usually aimed at protecting endangered species and the natural environment. Poison Ivy has been portrayed as a love interest of Batman and sometimes Robin. She has teamed up on occasion with fellow villains Catwoman and Harley Quinn, with Harley being her close friend, romantic interest, and recurring ally. Although Poison Ivy’s look has evolved over the years, she typically wears a green one-piece outfit adorned with leaves and often has plant vines extending over her limbs. Poison Ivy was originally characterized as a supervillain, but as of the New 52 and DC Rebirth, she has periodically been depicted as an antiheroine, often doing the wrong things for the right reasons.

They can bury me in the ground, as deep as they like. But I’ll grow back. We always grow back. Don’t we, baby?” 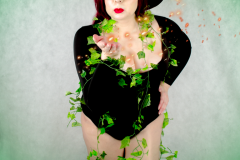 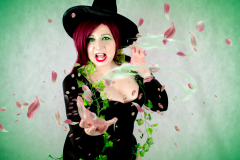 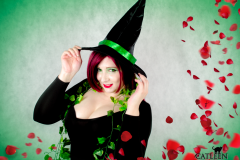