Naminé was born when Sora became a Heartless in order to free Kairi’s heart during Kingdom Hearts. Kairi’s own body never became a Nobody because her heart lacked darkness (since she was one of the Princesses of Heart), so her body and soul were never able to leave the Realm of Light and thus made it seem like Kairi was in a comatose state until she regained her heart. The absence of darkness also meant that a heartless wasn’t created. This made Naminé a very strange Nobody, born from Kairi’s heart and Sora’s body and soul.

However, this means that Naminé was also born without Kairi’s memories, only furthering her unique status as an unprecedented Nobody. Yet she and Kairi are incomplete without each other, similar to Sora and Roxas. Because of the fact that Naminé is formed from Sora’s body, she has the power to manipulate his memories as well as the memories of those who are connected to him, prompting several others, even herself, to call her a “witch”. Ansem the Wise stated in his ninth Secret Ansem Report that Naminé is a highly unusual Nobody, due to possessing neither the body nor the memories that a Nobody is usually made from.

I was alone for so long. I couldn’t bear it anymore…” 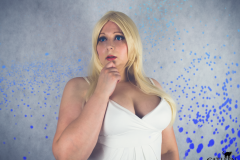 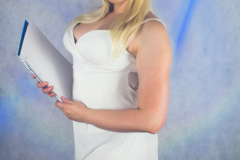 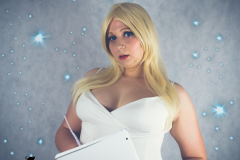