Sarah Connor was born in 1965. She was born to a waitress mother and a veteran father. As a child, her father walked out on her and her mother. Sarah Connor lived a normal life when growing up. At the age of 19, she worked as a teenage waitress at Big Jeff’s family restaurant and shared a two-story apartment in the Palm District with her roommate Ginger Ventura while studying at college. But everything Sarah had ever known was to change that year in 1984. By the events of The Terminator, Sarah finds herself pursued by a relentless cyborg killer, the Terminator; a Series 800 Model 101 Infiltrator unit (played by Arnold Schwarzenegger), for reasons completely unknown to her.

She is rescued from the Terminator by time-traveling soldier Kyle Reese (Michael Biehn), who explains that in the future, an artificial intelligence called Skynet will be created by military software developers to make strategic decisions. The program becomes self-aware, seizes control of most of the world’s military hardware (including various highly advanced robots), and launches an all-out attack on human beings. However, a man named John Connor eventually leads the human resistance group Tech-Com to victory, only to discover that in a last-ditch effort, Skynet had researched time travel and sent a robotic killer back in time to destroy John Connor’s family before he can be born. John Connor is Sarah’s future son, and Connor sends back a trusted sergeant (Reese – who, unbeknownst to Reese, is John’s father) to protect his mother at all costs. During their brief time together, Sarah falls in love with Reese. Reese becomes the only thing protecting her from the Terminator and her only companion as they flee together. 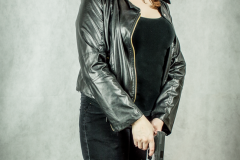 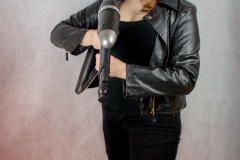 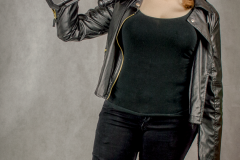 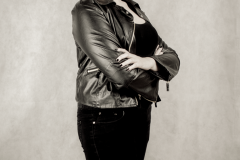 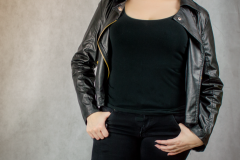