Jessica Campbell Jones is a private investigator from New York City. After becoming orphaned at a young age, Jones was taken in by Dorothy Walker and developed a deep friendship bond with her adoptive sister, Trish. Shortly after being adopted, Jones discovered she possessed superhuman abilities due to the fatal car crash that took the lives of her parents and eventually decided to pursue a career as a superhero. However, a fateful encounter with Kilgrave, a vicious man with mind-controlling powers, derailed her superhero career and she spent a torturous tenure as Kilgrave’s sex slave before finally breaking free of his control. The experience left Jones suffering from post-traumatic stress disorder, prompting her to hang up her secret identity and open her own detective agency.

Trying to remain an average person and keep a low profile, she would take on minor cases for cash, while caught in a spiral of despair and destructive behavior. However, the return of Kilgrave and the victims he left in his wake on her behalf forced her to put aside her trauma and stop him. Jones had multiple grueling encounters with Kilgrave, but with the help of Walker, Jeri Hogarth, Claire Temple, and fellow superhuman Luke Cage, Jones finally killed the maniac, conquering her demons and prompting her to continue her superhero career. 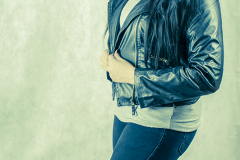 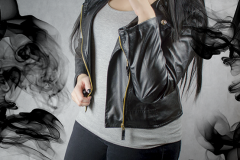 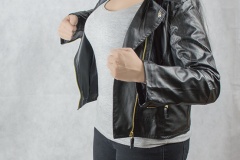 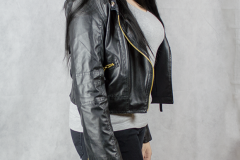