Kelly Bundy is the eldest child of Al and Peggy Bundy, the sister of Bud Bundy, and notorious for her extreme stupidity (which may or may not have been inherited from her father) and promiscuity (which may or may not have been inherited from her mother), much to the dismay of Al. In the early seasons, Kelly was also notable for a publicly expressed dislike of her family, and shame in being a Bundy (once regarding being called a Bundy a fightable offense), but has always disregarded her own safety, popularity, and opinion to rescue or avenge them in some sort of fashion. Kelly also is well known for holding the comic strip of the over-eating cat, Garfield, reading aloud (while horrendously mispronouncing) the words.

Kelly is known for her stupidity and promiscuity, she has shown on rare occasions various degrees of intelligence and was shown to being able to read at a younger age. The scene suggested that she took a blow to her head, which resulted in her “normal” dull-witted personality. She also is known for having many boyfriends

Although she is usually portrayed as dumb, she does show that she is actually knowledgeable in math and physics, such as in T*R*A*S*H, when she can precisely calculate the trajectory to launch trash into D’Arcy’s attic with a catapult and in Cheese, Cues, and Blood when she demonstrates her knowledge of angles in a game of billiards.

How do you spell that?” 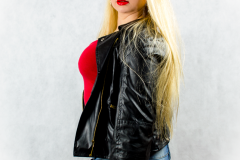 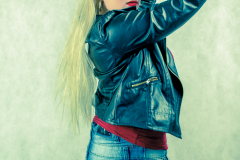